The Pyramid Cavity and the PyramiTroniX Resonator As A Kit 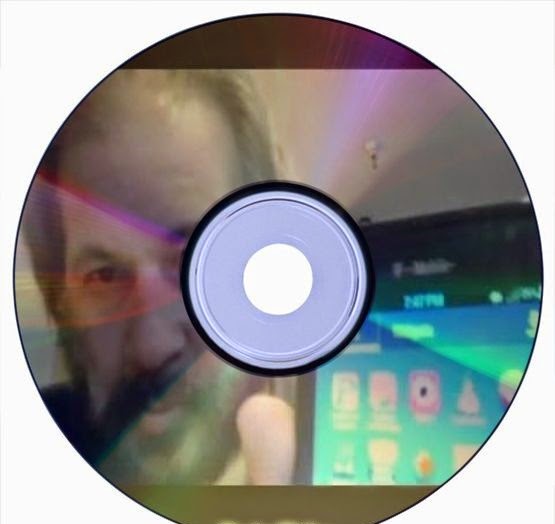 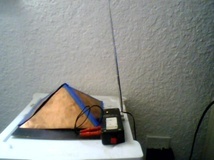 As a student in health psychology, I wanted to find non-invasive studies as complementary or alternative to an allopathic (disease) model in medicine. I learned during a trip to Oxford hospital, Oxford, United Kingdom (1988) through a health conference, that the discipline of radionics would be my destiny and as a discipline or practice that was once considered electromagnetic medicine in the United States, but through a smear campaign, by Flexner at the request of John Rockefeller and the American Medical Association (AMA), that practicing radionics was suppressed as medical information needed by so many...

Therefore, as a "radical psychologist," I did find a paper on George de la Warr (1904-1969) who invented a camera that could detect and cure diseases by remote control. Although, in June 1960, he was sued in the High Court by Catherine Phillips, a disgruntled former customer who said that her health had been ruined by using the de la Warr Diagnostic Instrument; accordingly, de la Warr said that his device operated above the physical plane, and the box was only used as a "focus for thought." After ten days of argument, the judge eventually ruled in favor of de la Warr and was not guilty. Interestingly, the judge did not state whether the box did or did not work. Nonetheless, de la Warr founded in Oxford the de la Warr Laboratories where he did his research and built many radionic devices. The de la Warr Laboratories closed in 1987.

However, one man Dan Tansley, did locate the Mark III Camera and I found an obscure web site that provided discourse on the workings of the camera that the Radionic Association provides as education. I have their catalog and have the original transcripts of de la Warr.'s patent

This FREE DVD is the first attempt to introduce the camera as a health device again (without permission of the health psychology department at Walden University).

In my research I found that this camera system (Mark 1 - IV) was quite successful at producing over 13,000 black and white photographic images, with over 9,000 still in the Radionics Association's archives. Of interest was that "medical conditions" were the majority of the images while others covered experiments with "water" imprinting, while the location of minerals and the detection of what were termed "fundamental rays" emanating from the primary elements and compound molecules such as hydrogen, iodine, copper sulfate and so forth were determined.

Accordingly, the "device stood over 5 feet tall and the internal workings were beautifully machined out of brass." as for my background; my experience with radionics is based on the "black box" concept and from a Fate article where I found an unusual "photograph" to which a device was used to "tune" into the frequencies of a "field that was being destroyed by insects;" the article indicated a "broadcast"...as an insecticide affixed to a "polaroid photo of the field which was cut in half." The results claimed that "half of the infested field, which the device broadcast to, had affected the insects and they were dying,"...while the "other half of the photographed field..." that the device was not attuned to, "was unaffected."

Right away I had to locate the inventor of this device and those who understand the mechanisms of consciousness through a radionic type device, know that, what you do to others, you do to yourself. Therefore, I found another more recent article on Marcel Vogel, an IBM engineer who actually investigated the instrument which was nothing more than a 2 stage vacuum tube amplifier, with it's input connected to the witness well and the output to an extended antenna.

Although this invention is in the shape of the Great Pyramid at El Giza; I learned that any radionic instrument merely provides a method of "ratio tuning the holographically-based universe" by taking a witness, such as a "photograph" or "drop of blood" from a person and using a feedback mechanism such as a pendulum or membrane pad that is rubbed called a stick pad to attenuate a person's resonant frequency sometimes called “personal rates” in radionics.

Thus using a radionic instrument to attune with a feedback element, one could surmise a "thought form" coheres into resonance in the radionic device. The dials can be set to different degrees of rotations, these rotations of 0-9 give the reference numbers that are called radionic "rates" . These rates, various individuals have categorized, have been called Abrams, Copen, Drown etc. But these individually created instruments have their own "agreed upon reality" from their creators for the various rate numbers to give a validity to the concept that time and space is contained within the holographically-based universe and that a witness (drop of blood, hair, signature, photograph etc.) is a microcosmic holographic link to it's macrocosmic whole.

Whereas, Marcel Vogel investigated the principles at work within the camera and of clinical significance is the use of a sample such as blood, sputum, or hair, such that this device photographically images the subject's internal conditions at a distance, with a high degree of accuracy. The de la Warr system was able to detect diseases in the pre-clinical stages prior to detection by conventional techniques such as physical examination, X-ray, CT scan, or Magnetic Resonance Imaging. The theory for detecting and recording the "dis-eased organ" is based on "quantum holographic information" which is specific to the informational frequency available via the test object for a specified disease and/or state of existence. The frequency information associated with a particular disease and/or condition exists at the very beginning of the corruption and/or transition process, even before physiological changes have occurred on the macro-scale. It is only when a designated frequency is present that an image will be detected and photographically recorded. If this unique frequency is not present, no image will be recorded; thus, leaving the photographic material blank. This invention was used in England for therapeutic purposes. The patent date is Feb. 1951, number 741651 and was the same device used for "psionic" photography in Langston Day's book, "New World's Beyond The Atom". Langston Day, writing with George de la Warr about his instruments, said:

"They were effective only if the operator was able to control his thoughts and form a clear picture of the diseased organ, or whatever it might be, with which he was dealing."

Vogel indicated that the "de la Warr camera" allowed "...a light beam to enter "as a path of the radiation from the 'witness' or source, to serve as a carrier wave." A bar magnet or a conically wound electrically conductive spiral energized by an electrical AC current, is also employed along with a means of modifying the radiation, such as several resonators, or a bar magnet rotatable located within and coaxial with a spiral or at least one color filter. The term resonator in this case, is used to describe a strip of metal and a slider which can be brought into contact with any point of it. The resonator responds to Life (L) field emanations. More contemporary research on quantum holography was conducted by Edgar Mitchell. As a student, I had discussed on a new health paradigm regarding the brain and consciousness and concerns regarding quantum holography and gas discharge visualization similar to functional magnetic resonance imaging (fMRI) and less-expensive which provides tangible evidence (e.g., descriptions of why the morphology and dynamics were "engineered solutions" for:

the prokaryote cell - describing how such cells function in an environmental niche, for the purposes of survival, as self organizing, self replicating, self adaptive units, in accordance with an evolving record within the cell of the cell's history

the brain as a cognitive system - describing how it works as a fully distributed, massively parallel, synchronously partitioned process or, filter, memory, and multiple input/output system, which optimizes itself by self adaption/learning colloquially called “self-healing.”

the neuron of such a brain - describing how it contributes to the brain's capabilities and massively parallel operation and why this is quantum parallelism, such that, in relation to simultaneous activity in geometrically separate brain segments and to affect a change of functionality (e.g., the shutting down of activity in one set of segments and replacing this by that in another set), these can be done instantaneously, rather than requiring the use of coordinating signals from a central control or switching center as in a classical machine such as the MRI. 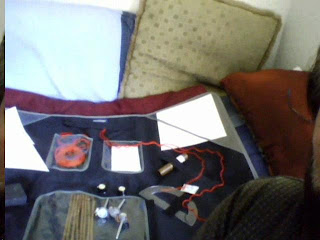 Yes I want to receive more information on how I can receive my own PyramiTroniX Resonator Kit for experimental use only.

The kit was available on eBay for a seven-day trial and can now be sent to your home directly.