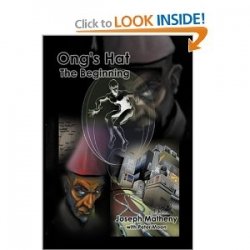 As a former editor /publisher for the Truth Seekers, I was interested in finding obscure events that are not printed in history books and that science and technology plays a central key to these events. One event in particular that was observed as an urban legend, urban myth, urban tale, or contemporary legend, is a story of the macabre, in the sense that, this clandestine group was a scientific community that propagated the legend. Therefore for the inquiring reader please follow with me...and how...Ong's Hat: The Beginning is a story that...the narrator states vehemently that...

You have been searching for us without knowing it, following oblique references in crudely xeroxed marginal "samsidat" publications, crackpot mystical pamphlets, mail order courses ... a paper trail and a coded series of rumors spread at street level ... and the propagation of certain acts of insurrection against the Planetary Work Machine and the Consensus Reality ... or perhaps through various obscure mimeographed technical papers on the edges of "chaos science" ... through pirate computer networks ... or even through pure synchronicity and the pursuit of dreams. In any case we know something about you, your interests, deeds and desires, works and days ... and we know your address. Otherwise...you would not be reading this..."

The beginning suggests that a thread on something would be central to Ong's Hat which was one of the earliest internet-based secret history conspiracy theories created as a piece of collaborative fiction (aka Incunabula) by four core individuals. Who wre these individuals and what purpose was the membership created for propagating a "tale" that would changed over time. Accordingly, the threads of the story could be traced back as far as the 1980s on bulletin board systems (BBS), old xerox mail art networks and early zines.

The author, Joseph Wayne Matheny (born 24 December 1961, Chicago, Illinois) is a writer and transmedia artist who has created works using alternate reality gaming and transmedia storytelling methods. He actually holds patents for prediction, recommendation and behavioral analysis algorithms and software design and as a published author of screenplays, white papers, technology, sci-fi, marketing and gaming books, the purpose behind a fictional story embedded in various media cultures was to establish background for an "alternate reality game", a work of transmedia storytelling or as a memetic experiment, to see how far the meme could spread or a combination of all of the above. The story used print, radio, television and digital mediums (CD ROM, DVD, Internet, BBS).

Although, Ong's Hat appeared to project a cult-like activity; its fiction, was based on earlier works of a real place Ong' Hat, New Jersey -- a facility manned by renegade Princeton professors who conducted quantum physics and chaos theory experiments. According to conspiracy theories, these fringe scientists discovered a new theory for dimensional travel using a device called The EGG. The device was to later inspire a children's TV series called Galidor to use an interdimensional travel device of the same name.

FYI: Galidor: Defenders of the Outer Dimension, also known simply as Galidor, a show that ran on Fox Kids in 2002 with a total of 26 half-hour episodes. The series was created by Thomas W. Lynch, the creator of The Secret World of Alex Mack and The Journey of Allen Strange. It was the final series to launch on Fox Kids, as the block folded only 7 months after its debut. Of interest was the location, Pine barrens, close to Montauk which had to do with time travel (still denied by the US Navy regrading the Philadelphia Experiment). The ghost town of Ong's Hat, New Jersey, hence the name of the project, became the ideal location to "spin" a web of mysteries.

Who Is Joseph Matheny?

To answer that question, I was able to obtain an interview with hime through the Wayback Machine. Because of the content, I have not repoduced in its original format. The second lens will redirect you to the actual site http://web.archive.org/web/20060715194507/http://www.newworlddisorder.ca/issuetwo/interviews/matheny.html

From the interview it was learned that two mysterious documents - Incunabula: A Catalog of Rare Books, Manuscripts & Curiosa, Conspiracy Theory, Frontier Science & Alternative Worlds and Ong's Hat: Gateway to the Dimensions - were obscure forms of literature that borders on fringe science because the Ong's Hat meme projected to readers a curiousity that was intoxicating to the sense by blending "quantum physics, tantric sex, chaos magick/theory, parallel universes, and conspiracy theory" into a noosphere that lasted over ten years as a "mini-mythos," which transcended to the likes of Coast to Coast AM (the Art Bell show) and Jane Magazine, to become a successful alternate reality game "Chasing the Wish." Further a play on words "New World Disorder:" as opposed to a New World Order (NWO) as perpetuated by conspiracy theorists suggests a semblence of truth using extreme opposites as to blatantly "distort information"

Joseph Matheny stated "The Incunabula catalog is a culture jam, created by culture jammers. There is no 'group' that existed previous to 1987, at least not as described in the brochure. 4 people got together in the 80s and 90s and put those documents together. NONE preceded their existence. However, many legends and synchronicities have occurred since. That is beautiful and indicative of a responsive universe.

One was an artist, who made beautiful, moving and otherworldly collages and pictures.
One was a poetic terrorist who could weave words together with an unparallel passion and vigor.
Another was a media and network hacker who could make the media pay attention to a bingo match in Poughkeepsie if he wanted them to.
One was a physicist with lots of friends in the Dancing Wu Li master circles and a wonderfully twisted sense of sexual humor.

They decided one day to take some pre-existing fiction bits, stir in some current pop science, parody of paranormal conspiracy literature and graffiti it on the walls of the noosphere. Three of them (the latter 3) made a verbal pact:

Never let it be used to start a cult.

Never let it be used as a platform to piss down the back of anyone who gave blood, sweat and tears to make it realized.

What Is An Alternate Reality Game?

Accordingly, an "alternate reality game" (ARG) is an interactive narrative that uses the real world as a platform, often involving multiple media and game elements, to tell a story that may be affected by participants' ideas or actions.The form is defined by intense player involvement with a story that takes place in real-time and evolves according to participants' responses, and characters that are actively controlled by the game's designers, as opposed to being controlled by artificial intelligence as in a computer or console video game. Thus, players interact directly with characters in the game, solve plot-based challenges and puzzles, and often work together with a community to analyze the story and coordinate real-life and online activities.

ARGs maybe considered a precursor to "gaming" which generally use multimedia, such as telephones, email and mail but rely on the Internet as the central binding medium. "I Love Bees" was a promotion for Halo 2, and the Lost Experience and FIND815 promoted the television show Lost). However, pay-to-play models are not unheard of. ARGs are now being recognized by the mainstream entertainment world: The Fallen Alternate Reality game.

Of interest is MKULTRA when it was exposed because of "mind control", that THEY (whoever THEY are) had to resort to other means to secure budgets (think Iran-Contra and Air America).THEY also had to subcontract most of their projects out to third parties but under black budget cloaks to keep them alive but hidden. (Think $2,000.00 toilet seats for bombers, etc.). One of those contracts was handed to a group of cultural engineers as an ad hoc think tank called the "The Incunabula." The name was chosen for several reasons, one of which was its phonetic ominousness and relative obscurity in the everyday vernacular. Another was its link to mysterious texts, which the creators observed, seemed to be a common obsession among certain personality types that were representative of the target demographic. Because it was designed to be upgraded; the goal was to create a "strange loop/strange attractor" scenario that was addictive that users would act like heroin junkies if faced with the prospect of being cut off. The emerging medium of computer networks, enhanced by a mytho-poetic connection to Xerox pamphlets, provided a working model as a virtual asylum that the inmates willingly enter. Attract/Entrap/Entrain. The model had a similar line to The Stanford Prison Experiment and the " Black Lodge" associated with the Aviary group -- a conspiratorial group -- with a Aviary member in charge called The Crow. However, no reference to that name in connection to the Aviary could be found. The co-author, Peter Moon, authored the Montauk books, and wrote the intro to Ong's Hat: The Beginning which Is where a Ong's Hat-Montauk are located -- any connection?

Metheny stated that "In my mind, no, there's no real connection. If there's anything that ties the two legends together it's that THEY represent opposite polarities of a similar type of story. Montauk is about victimization and exploitation at its core. Ong's Hat is about self sufficiency, DIY mentality and liberation of the spirit. That is my conclusion after studying the two threads and possibilities of relations between the two. What other people write or think is not for me to dictate. I will however leave you with this notaricon: T.F.Y.Q.A.

Think For Yourself, Question Authority.
Posted by Unknown at 6:39 AM